High Art in the High Desert – Desert Daze 2016 in Review.

It takes something special for a contemporary music festival to stand out. Desert Daze in Joshua Tree, California set one of the most engaging, inspiring and beautiful musical musical summits in recent memory. 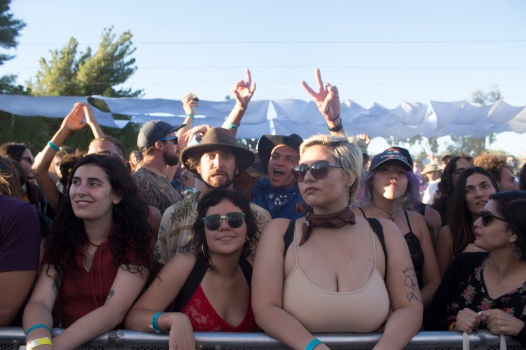 Situated at the Institute of Mental Physics, a gorgeous sprawling meditation compound with buildings designed by the famous architect Frank Lloyd Wright, the location of this third Desert Daze event provided an endearing and unforgettable setting with cobbled walkways, fountains, gardens and interactive art projects. Organizers Moon Block Party went the extra mile to provide a spectacular festival experience that was simply out of this world.

Although music remained a central festival component, Desert Daze also featured visual art exhibits which generated a special atmosphere that brought out the best in festival goers as they cheerfully walked by water features and natural shade amongst the different stages. Instead of the regular harsh open field or drab stadium, the Institute of Mental Physics provided a wealth of endearing distractions that has elevated the very standards of the modern music festival.

Many of the festival’s acts brought their sonic visions to the utmost intensities. Tuareg artist Bombino delivered searing guitar-work, evidently unimpeded by the strong heat of the Mohave desert. After a passionate speech from Andrew WK on the Moon Block Stage, Death Valley Girls thrilled their audience with their light hearted occult-inspired fun as the desert sun began to sink.

Throughout the weekend, there was no shortage of sonic talent. Musical curation at Desert Daze emphasizes a broad spectrum of psychedelic strokes, from the limitless energy of Thee Oh Sees, the jazzy bombastic attack of King Gizzard & the Lizard Wizard to the the crushing volume of Metz.  The picturesque surrounding hills and crystal clear blue sky evidently had an effect on the performers as well as the audience. 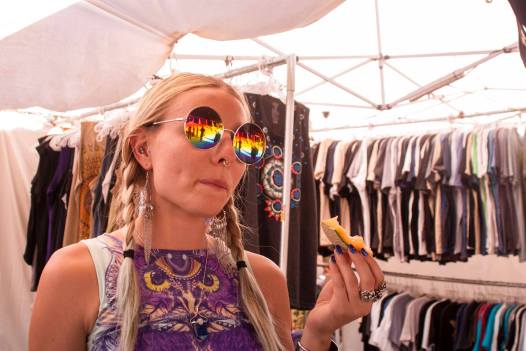 The festival was chalk full of highlights. LA psych outfit Wand fired through an energetic and focused set before blasting into a fury of interstellar guitar work. Sugar Candy Mountain’s brand of buoyant, colourful psychedelic pop worked wonders under the daytime sun. 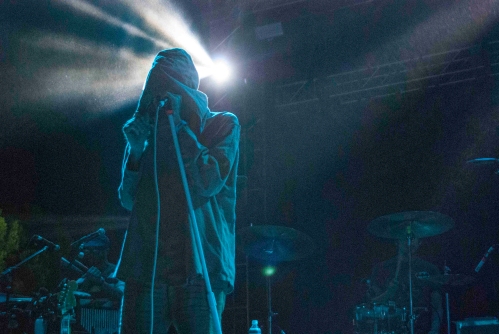 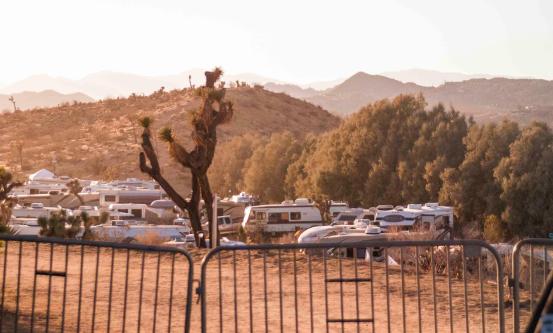 The Black Angels, performing their beloved debut album Passover in its entirety with longtime lighting collaborator Bob Mustachio’s providing his signature hypnotizing, electric lighting setup. It has been many years since the Black Angels delved into the deeper cuts from their seminal debut album; the band skillfully dusted off old favourites like “the First Vietnamese War” and “Sniper at the Gates of Heaven” to a devoted crowd.

Television, one of the earliest and most influential punk groups, sounded clear, clean and on point as they performed selections from their cult favourite Marquee Moon. The festival’s inclusion of important early rock acts like Television and the Sonics recognizes the far reaching influence of these musical artists; many decades after their original era, these artists continue to astound and inspire.  Tying together like-minded traditions from the past and now has strengthened the audience and overall appeal of contemporary psychedelic music.

Montreal post-rock legends Godspeed You! Black Emperor provided a distant and mellow abstract setting that felt all the more poignant given the festival’s surreal location. Although their extended, orchestra-like crescendos were not for all concert goers, the group represents a beautiful extreme of artistic music.

While Desert Daze owes much to the musical psychedelic pioneering of the Levitation/Reverberation Appreciation Society community, the intrinsic inclusion of interactive art throughout the Institute of Mental Physics created a playful, inspiring atmosphere second to no festivals in memory. Art director Mason Rothschild deserves acclaim for arranging event that offer engaging and interactive visual art installations that provided a blissful experience beyond the music. Crowd sentiments throughout the weekend were overwhelming positive.

Seeing some of the best and most important psychedelic bands on the planet is one thing but the pairing sonic art such as the Brian Jonestown Massacre with Mad Alchemy Liquid Light Show, the most complex and detailed oil light show on the planet, was really something special. As Anton Newcombe and the all-star BJM knocked through new and old favourites to a background of dreamy, moving colours.

Simply speaking, Desert Daze is an out of this world experience that was simply awe inspiring. For many concert attendants, this was the festival of their lives. True art requires some definite risk; the combination of stunning art installations, top notch music and an absolutely surreal location culminated in a weekend that can only be described as unforgeable. Moon block party deserves a tip of the hat. This is the sort of festival that can change your life. Primus sucks!